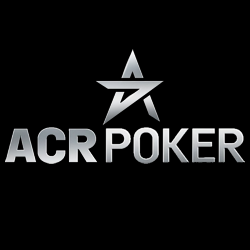 Online poker is about to change forever. Americas Cardroom’s (ACR) is putting the final touches on the $7 Million Venom, the largest tournament the site has ever hosted, and this is your chance to be a part of history.

Launching later this month, the $7 Million Venom is going to be one for the record books and poker players are already preparing for the big game. It is definitely going to be impressive and is not only ACR’s largest tournament, but the largest ever put together by any US-facing poker site. Get ready to join the record books and take a chance at the $1 million guaranteed top prize.

If you missed the first Venom, the $5 Million Venom last summer, you missed a history-making event. The turnout was so huge that it ended up in the Guinness Book of World Records. This next Venom is going to be even bigger, and the action kicks off on July 24th, offering multi-tables and four Day 1 options. When August 5th rolls around, the Final Table will be held and a winner will be crowned.

The $5 Million Venom has a seat just for you if you want it. ACR is offering a number of ways to earn a free seat, including through the site’s satellite events, mega satellites, sit-and-go step tournaments, Cyclones and other events to win the $2,650 buy-in. For all the details on the $7 Million Venom, check out https://www.americascardroom.eu/online-poker-promotions/the-venom/.

If you haven’t played on ACR before, you don’t know what you’ve been missing. The site is making it easy to check things out by offering a 100% First Deposit Bonus of up to $1,000 to new players. If you make that deposit using cryptocurrency, ACR will double the bonus to 200%, up to a maximum of $1,000. Poker doesn’t get any better than this! 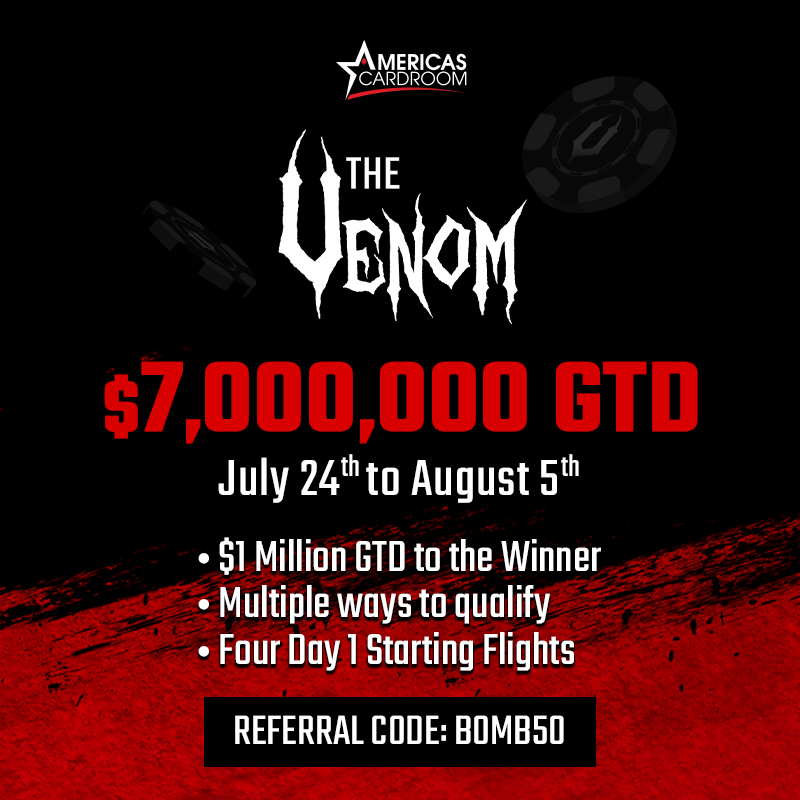 © Copyright 2021 BombPoker.com. All Rights Reserved.
By continuing to browse the site you are agreeing to our use of cookies.